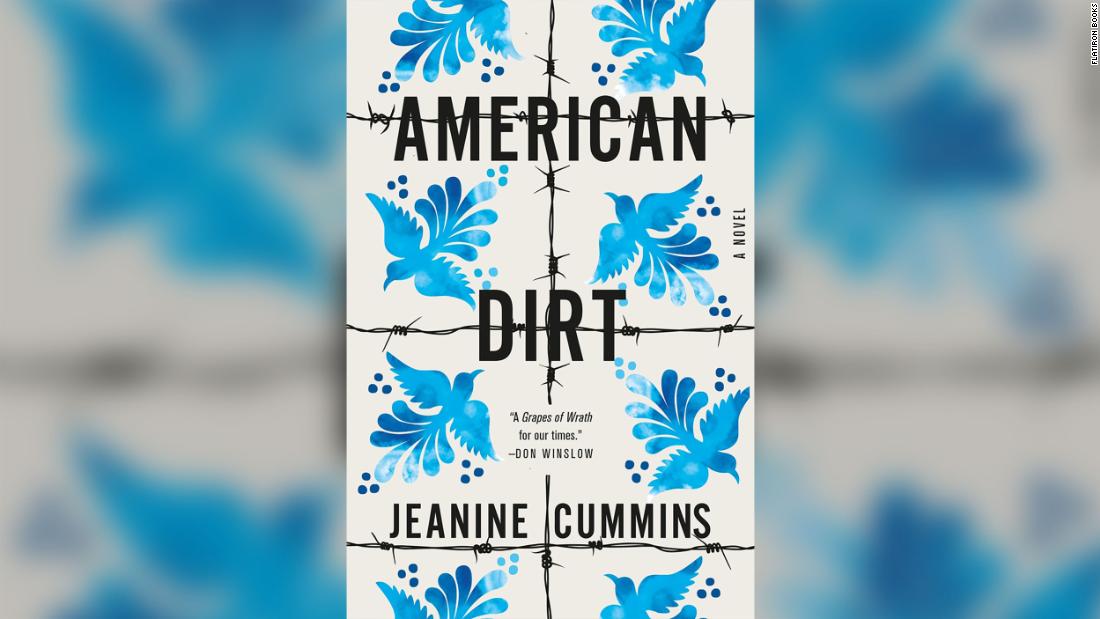 This question is at heart of the controversy surrounding “American Dirt,” which has escalated to the point of

threats of violence against both

Cummins and at least one of her critics, and led to

in the romantic suspense genre. It instead has been marketed as the next great American novel, in what looks like a crass attempt to cash in on the humanitarian crisis at the border. That has, understandably, elicited a lot of anger.

In this context, finding an ethical way to deal with who I am has been a lifelong challenge. I was raised by a single Latinx mother and our family struggled financially, in no small part because Latinx women in the US are

Despite how white I looked, my opportunities were curtailed by institutional racism my mother and our family endured. So I try to split the difference when I identify myself. I check two races on forms when I can and include a photo on my resume along with listing the National Association of Hispanic Journalists as a professional affiliation. When Cummins identified herself as white and later

, it seemed to me like she, too, was trying to navigate the ambiguity of Latinx identity and the ethical issues that it raises.

about the legitimacy of that distinction

, which came about thanks to decisions made decades ago by Latinx leaders in a fight against discrimination.

In case you missed the controversy, here’s a recap: Cummins’ novel tells the story of Lydia, a bookseller in Acapulco, who flees Mexico for the American border with her son after a drug cartel kills her family, who are gathered at her mother’s home for her niece’s quinceañera. The novel reportedly sold for seven figures, was listed on numerous must-read lists for 2020, selected by Oprah Winfrey for her book club and described as “the next Grapes of Wrath.”

Instead, Cummins was eviscerated by many critics for her unrealistic, stereotypical representations of Mexico and Mexicans. “A self-professed gabacha, Jeanine Cummins, wrote a book that sucks,” is how Myriam Gurba put it in the

of the book published in December.

Reception of the book since its release two weeks ago has largely echoed the tone of Gurba’s review. “A few years ago she identified herself in The New York Times as ‘white,’ though in the book she plays up her Latina side, making reference to a grandmother from Puerto Rico,” Esmeralda Bermudez wrote in the Los Angeles Times, in

As I’ve noted, Hispanic or Latinx identity is nowhere near so clear-cut as these reviews suggest, and I suspect that most of Cummins’ Latinx critics would acknowledge this ambiguity if pressed. Yet it seems largely unknown that Hispanic is an ethnic category that is deliberately ambiguous, created to cement a large and powerful voting bloc to address a shared problem of social and legal discrimination.

The idea of Hispanic as an ethnic identity, the one recognized on the Census form, developed between 1960 and 1990, explains sociologist G. Cristina Mora, who explores this history in “

.” (Mora uses the term Hispanic because that is the term used in the time period she covered in her book. I’m following the Pew Research Center’s lead in using the terms Hispanic and Latinx interchangeably).

Before the drive to have Hispanics recognized as a broad ethnic category, the concerns of rural Mexicans and urban Puerto Ricans were considered distinct — and therefore, were far easier to ignore. Latinx leaders urged the federal government to create the category of Hispanic. The federal government, when they did recognize Hispanic as a category, created a new and

Not everyone was thrilled by the idea of this new ethnicity, Mora explains, which didn’t distinguish well-off, white-skinned Cubans immigrating to Miami from Afro-Puerto Ricans who settled in Spanish Harlem. Still,

the official definition of Hispanic

from the Census Bureau is “Americans who identify themselves as being of Spanish-speaking background and trace their origin or descent from Mexico, Puerto Rico, Cuba, Central and South America, and other Spanish-speaking countries.”

The blurring of crucial distinctions in the catchall identity of Hispanic continues to make people very angry, as it doesn’t account for how race shapes and

. Gifted writers, writers who don’t look like me or Cummins, were paid far less for their work than Cummins’ reported $1 million advance. American Book Award winner

earned a $20,000 advance for her first novel, which was rejected 26 times before an African American editor accepted it.

Author Wendy C. Ortiz documents the soul-crushing experience of having her memoir rejected multiple times — editors praised the novel but suggested the market

“) sell for seven figures. I’m not sure what Gurba was paid for her memoir, “

,” or her other published work, but since she still has a day job as a public school teacher, I doubt it approached the $1 million range.

The ambiguity of Latinx identity leaves it open to exploitation. White gatekeepers can turn down Grande, and reward Cummins, and feel like they’ve done nothing wrong because both women are Latinx. Yet the

of Latinx people is also dependent on including as many people as possible under the umbrella of Latinx identity.

A more exclusive definition of Hispanic would diminish the political power of that constituency, especially as people increasingly see identity as fluid and difficult to pin down. And the discrimination that confronts Latinx writers is also just one more indication that this power is still necessary.

Ex-federal prosecutor: This is a smokescreen

CNN.com – RSS Channel – HP Hero Alberto E. Rodriguez/Getty Images In 2011, Kobe Bryant became the first professional athlete who was not an actor to have his hand and footprints enshrined at Hollywood’s historic Grauman’s Chinese Theatre. Crowds and attendees cheered during the ceremony for the beloved NBA superstar and Olympic athlete. After being […]

CNN.com – RSS Channel – HP Hero Tokyo (CNN) — As a McDonald’s in Tokyo’s Akihabara neighborhood closed down after 22 years in business and posted a thank-you poster outside its store, its arch competitor Burger King responded with a seemingly compassionate adieu. “Thank you for a happy 22 years … Esteemed rival, and fellow […]